Music and Dance in Hong Kong | My Romantic Travel

Towards the south of China rests Hong Kong an archipelago of 260 islets, renowned as one of the heavily populated regions of the World. Notable for its striking landscapes and soaring skyscrapers, Hong Kong is a major financial capital as well as a cultural and business center in the world.

If you prefer classical music, you would not want to miss the Cantonese Opera – a type of traditional musical drama. Originally an art form bestowed from the Cantonese culture of Southern China, Cantonese Opera is a fine fusion of singing, music, acrobatics, martial arts as well as acting.

Not only music, but also many types of dance styles ranging from ballet to flamenco and even tango are performed and practiced throughout Hong Kong. Institutes such as Alan Li Dancing Studio, Angela Lau Dance Studio, B Major Flamenco Club, Academy of Dance and Feliz Primavera Tango Shoes, among others, teach diverse dancing styles whilst enriching the performing arts of Hong Kong.

Moreover to observe scores of alluring musical and dancing performances, you can drop by at Hong Kong Arts Centre, Hong Kong Academy for Performing Arts or the Leisure and Cultural Services Department’s (LCSD) performing venues, where you can savor various shows of visiting and local performers. To study dance forms and also watch the performances, try the institutes such as Hong Kong Dance Company, City Contemporary Dance Company or Hong Kong Ballet.

You can also capture the vibrant festivals hosted all year around in Hong Kong including the Hong Kong Arts Festival scheduled in February and March, the International Arts Carnival in the summer and the Thematic Arts Festival in October and November.

You can enjoy a host of music from classical to contemporary and many dance forms from traditional to modern, while staying at a comfortable Hong Kong hotel such as the Cosmopolitan Hotel. You can take pleasure in an array of amenities and services while savoring some of the most delectable cosmopolitan dishes at a Hong Kong hotel, with the advantage of having convenient access to many performing venues in Hong Kong. 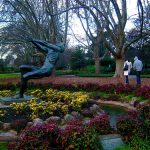 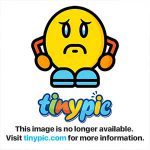