Archive
Although the barren lands only gives us an impression of solitude and lifelessness, beneath its rough interface lays a unique beauty. Scottsdale’s Desert Botanical Garden is created to unearth the hidden splendor of dessert life. One can visit the garden while residing at a Scottsdale Resort at the heart of the city.
When you think of NYC all that comes to mind is the bustling city that never sleeps. But you would be surprised by some of the handful destinations that are concealed to our naked eye. Hudson Valley is one of the destinations that the Yankees have been able to preserve from transforming into a concrete world.

Geographically the valley resides along few counties with limited population. Initially it was home to the “river Indians”. It was also the center place for major historic pin points especially during the American Revolution. Thus its historic museums will open doors to the transformation of the valley over the centuries.

The counties that surround the valley are guaranteed to offer you something unique with a small town Americano charm. With just 40 minutes access from the big apple, this can be a unique day outing for a couple while residing at one of the many New York City Hotels.

The ultimate tropical paradise with the sun, sea and sand is “the” romantic holiday to die for. With a handful of isolated shores kissed by pristine ocean waves are one of the many things Maldives has in store. Its uncorrupted oceans are occupied with diverse marine life which opens the door to a whole new world.

Among the many aquatic activities that are in store, whale & dolphin watching has captured everyone’s attention. There are over 20 different whale and dolphin species that swim in these ocean blues that encircle all the islands. What makes this most enjoyable is the tropic weather unlike the cold breeze that surrounds in other dolphin watching destinations like the arctic.

These waters are home for the sperm whale, Bryde’s whale and the biggest mammal in the world, the Blue whale and the most acrobatic swimmer the spinner dolphin. Not only will you get an opportunity to watch these dolphins at play but also to make your dream of swimming with these harmless creatures.

This is an invitation for one of a kind romantic vacation in a Maldives Island Resort encircled by all the warm and rare opportunities in life things in life.

Located in Arizona, the city of Scottsdale is a typical western styled American city. Although the state of Arizona is dominated by deserts, there is plenty to see if you’re in these parts as a tourist. The Grand Canyon is probably what Arizona is most famous for around the world as it features some of the most visually breathtaking natural creations the world has ever seen. Scottsdale too is a popular tourist destination in its own right. Home to Scottsdale Fashion Square and a number of other upscale shopping outlets, Scottsdale attracts shopping fanatics from all around the world. Each November Scottsdale comes alive as the Scottsdale Fashion Week gets underway. Showcasing trendy clothing selections designed by both local and international names in the industry, this festive occasion is definitely one that should not be missed.

Among the many things to do in Arizona, one experience that you simply have to try out is to take a hot air balloon ride. Book your flight with one of the many local FAA certified hot air balloon operators and be ensured of a safe ride in to the cloudy skies of Scottsdale. While your trip will take you over the Sonoran Desert you will be given the chance to feast your eyes on spectacular views from hundreds of feet up in the air.

While most of the flights are scheduled to take off at specific times where visitors will have the chance to see the sunrise or the sunset depending on their choice, your host will describe the many significant locations and desert lands you pass by during the course of your tour. Generally visitors are allowed to bring cameras along and dressing casual is allowed provided that shorts and sandals are not a part of your attire. The entire trip will probably take a maximum of three hours which includes a 30 min pre launch briefing.

Millennium Resort Scottsdale McCormick Ranch is an ideal rest where you can base your stay while on holiday. This Scottsdale resort is conveniently located in the city and grants easy access to many of the city’s interesting sites. Know to offer excellent dining options that feature mouthwatering delicacies from around the world, this one of a kind Scottsdale hotel will make sure that the service you receive is of a high standard. 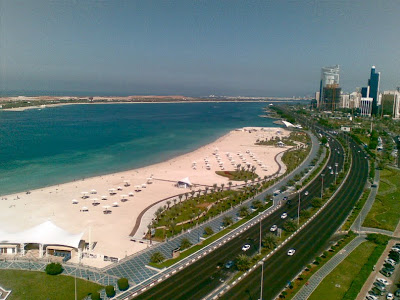 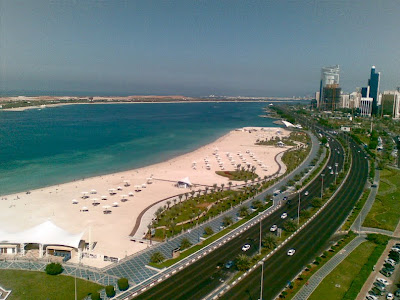 Abu Dhabi which was once just barren lands with slow paced life style has now changed into a progressive tourist attraction. although is geographically the country is has an open arm jutting into the Persian gulf, no one ever thought it could be a paradise with white sanded public beach.

Corniche beach is one of those which has gained popularity among many tourists due to its range of facilities. after its renovations in August now the beach has swimming area, walking pathways, volleyball pitches, scenic gardens, refreshment outlets and a stretch of umbrellas to provide tourist seeking that perfect tan.

The new Corniche beach could be accessed within minutes on a private vehicle or public transportation on your stay at a Abu Dhabi Hotel in the city.

Durham is a city in the USA nestled in its North Carolina State’s Durham County. The city is renowned for its private research campus known as the Duke University. Founded in 1838 Duke Universities undergraduate programs are ranked among the best in the country. The campus not only excels in its academic programs but has proved its potential in sports and research fields as well.

Snuggled in the heart of Duke University is a soaring chapel with a striking facade influenced with English Neo-Gothic style. This is the Duke Chapel otherwise known as Duke University Chapel one of the best attractions in Durham, North Carolina. The chapel was completed in 1932 and offers a seating capacity of 1800.

This impressive chapel was built using Hillsborough bluestones, a type of volcanic stones found in Hillsborough. This stone produces a natural iridescent that varies through 17 hues from bluish grey to rust orange. Most of the chapel’s trimmings including the lectern and pulpit are made from limestone extracted from Indiana.

The choir vaults were made of stones while the interior walls and nave vault were made of a ceramic tile called Guastavino tiles. Another special tile, Akoustalith tile was used in the interior to absorb noises and enhance reverberation effect.

When you come to the chapel’s entrance you will be greeted by an ornate portal featuring exquisite relief carvings. These portray some of the significant characters who have made major contributions to Protestantism, Methodism and the Southern United States. Among these figures are some of the prominent Bishops and poets as well as luminaries like John Wycliffe and Martin Luther King.

The Duke Chapel is considered to be one of the tallest buildings in the Durham County for its bell tower reaches a height of over 200 feet. There is a 50-bell carillon placed within this bell tower, which is an instrument with a set of bells that are chimed using a special keyboard. A tour in the church will keep you entranced as it features some of the most vibrant stained glass mosaics adorning over 70 church windows.

Every nook and corner of the Duke Chapel’s exterior and interior is gracefully covered with the most refined artistry. The chapel boasts of three huge pipe organs depicting distinct styles. One of these organs claims to have over 6000 pipes while another has over 5000 pipes, whereas the oldest organ dates back to 1932. When you visit the Duke Chapel in Durham make sure to be present during its organ recital times. It will be a truly enchanting experience that you would not forget for the rest of your life.

Resting only 20 minutes from the Raleigh-Durham International Airport is an ideal hotel in Durham known as the Millennium Hotel Durham. Well connected with the city centre, business venues and shopping hotspots this Durham hotel sits only minutes away from the famous Duke Chapel. What’s more the Millennium Hotel Durham houses a fine Italian restaurant where you can indulge in a scrumptious array of gourmet dishes and delicacies.

Whales are probably one of the most loved species of animal in the world. While whales belong to the category of marine mammals, these amazing creatures are known to be highly intelligent compared to other forms of marine life as some species of whale are believed to communicate through sound. While some whales use melodic tunes to get their message across to another of the same species, others are known to follow a method called clicking. Its common knowledge that whales are the largest marine animals around and the blue whale is the largest species of whale in the world. These magnificent animals however were hunted down till they almost became extinct. Branded as a valuable source of oil and meat, whales were butchered all over the world for financial gain until international laws were passed which prohibited such activity.

If you find yourself just off the coast of Kenai Fjords National Park, be sure to keep an eye out for a whale which might glide past you without even a splash. Visitors are said to have spotted several species of whale that pass by during their migratory journeys in search of prey. Although luck plays a significant role in spotting one of these giants, the sight of one is sure to be the highlight of your trip to Anchorage.

Among the varieties of whale you might be able to spot on a whale watching tour in Anchorage is the humpback whale. While an adult humpback whale can weigh up to 40 tons, these massive sea creatures have the ability to consume a tone of krill in just one day. Killer whales also have been spotted in these waters prowling the depths for unsuspecting victims all year round. These well adapted killing machines are known to grow up to 30 feet in length and weigh more than 10 tons easily. While these killer whales do not have any natural predators, they are known to prey on humpback whale calves, seals and a number of other marine animals. Other whale species including gray whales, blue whales, fin whales and minke whales can also be spotted during the May – September period.