Whales are probably one of the most loved species of animal in the world. While whales belong to the category of marine mammals, these amazing creatures are known to be highly intelligent compared to other forms of marine life as some species of whale are believed to communicate through sound. While some whales use melodic tunes to get their message across to another of the same species, others are known to follow a method called clicking. Its common knowledge that whales are the largest marine animals around and the blue whale is the largest species of whale in the world. These magnificent animals however were hunted down till they almost became extinct. Branded as a valuable source of oil and meat, whales were butchered all over the world for financial gain until international laws were passed which prohibited such activity.

If you find yourself just off the coast of Kenai Fjords National Park, be sure to keep an eye out for a whale which might glide past you without even a splash. Visitors are said to have spotted several species of whale that pass by during their migratory journeys in search of prey. Although luck plays a significant role in spotting one of these giants, the sight of one is sure to be the highlight of your trip to Anchorage.

Among the varieties of whale you might be able to spot on a whale watching tour in Anchorage is the humpback whale. While an adult humpback whale can weigh up to 40 tons, these massive sea creatures have the ability to consume a tone of krill in just one day. Killer whales also have been spotted in these waters prowling the depths for unsuspecting victims all year round. These well adapted killing machines are known to grow up to 30 feet in length and weigh more than 10 tons easily. While these killer whales do not have any natural predators, they are known to prey on humpback whale calves, seals and a number of other marine animals. Other whale species including gray whales, blue whales, fin whales and minke whales can also be spotted during the May – September period. 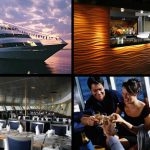