Archive
Sri Lanka is a country where culture and historical practices are held to the utmost importance by the people. Never are these cultural practices more important that at traditional weddings; each and every part of the wedding ceremony is carefully choreographed and planned before hand so that it is accurate right down to the jewellery that is worn by the bride.
The concept of marriage was alien to the peasants of Sri Lanka until the arrival of the European colonials who brought with them the notions of marriage being a legal union. Until then, marriage was not a legal union and men and women entered into unions that were celebrated by festivals in which the entire village participated with great fervour. Today’s Sri Lankan wedding has aspects borrowed from traditional Sri Lankan culture as well as incorporating European influences.
The sari is the dress of choice for the bride, and most brides wear three saris during the course of the wedding. The bride usually wears a white sari during the Poruwa Ceremony – where the bride and groom stand on an ornate platform and exchange rings to the chant of traditional songs of good luck. The timing of this ceremony is determined by an astrologer who takes into account the birth times of the bride and the groom.
Guests are treated to a sumptuous banquet following the Poruwa Ceremony, where the newly married couple partakes in their first meal together; the timing of this meal is also determined by an astrologer. The banquet usually consists of traditional food based on rice floor; sweets made out of rice flour are also presented to the guests. However, many couples today opt for a western style buffet which has a selection of continental food as well.
The final event of a traditional wedding is when the bride and the groom leave their place of marriage to their new home. Traditionally this would be to the groom’s home though variations of this existed during Kandyan times, where sometimes the groom would move into the bride’s home. Another reception would be organized at their new home to welcome the new couple.
Though this traditional ceremony has changed over the years, the concepts remain the same and many a Sri Lanka resort offers foreign couples the opportunity to tie the knot the Sri Lankan way. Among them is the Sri Lanka spa resort known as Maalu Maalu Resort & Spa.

Bali is one of the world’s most famous and beautiful destinations that many tourists would love to visit during a vacation. It is significant as a tourist destination due to numerous reasons. The serene beaches are just one of the major attractions among Bali visitors. In this magical place you would feel relaxed, and replenished with the lush environment making it the perfect spot for nature lovers. The Butterfly Park in Bali or most popularly known as the Kupu Kupu in Bali is a must visit travellers destination in Bali. This astounding venue is situated in Wanasiri which is about 7 km from Tabanan town. It is an easy location to find out with the giant butterfly sign decorating the entrance with an interior which is home to thousands of butterflies.

As you enter you would come across a souvenir shop and a ticket counter. You could get a pass paying a small amount and enter the place of paradise swarmed with colourful butterflies of different species. A traveller would experience the diverse life forms of various hues both big and small fluttering by peacefully giving every visitor an astonishing sight. It would be very valuable if you could reserve a date from your Bali holiday to entertain and educate yourself about the butterflies. The park is about 3500 square meters of land from the southern region of Bali. It is not merely a park but a place that breeds, and preserves butterflies for the future generations. This is a perfect spot for eco lovers to research and observe the life pattern and cycle of the fluttering creatures. Once you pay a visit to this vibrant place you get a fair knowledge about the endangered butterflies and how you conserve them. At the souvenir shop you could treat yourself with some rare souvenirs to remember the Butterfly Park in Bali which will definitely give you an unforgettable time. While you are on your Bali tour a Bali spa resort would give you a splendid treat. If you are visiting the Butterfly Park the best option would be to choose COMO Shambhala Estate Bali as your place of stay and its one of the most renowned Bali spa resorts in town.

When entering through the west gate of the pools you would see the imposing Nine Dragon Pool and the breathtaking Lotus Flower Pool and other structures all built in 1959 keeping to traditional Tang architectural values. With its 3000 year old history, the Springs are a national heritage of china and it’s gardens are known to be among the finest  100 gardens in China.

The Flying Rainbow Bridge, Flying Glow Hall, Lotus Pavilion are some of the famous structures visible in its gradens. The Emperor Xuanzong is known to have spent dearly to put up this gorgeous palace and was responsible in changing its name to Huaqing Hot Spring. The majesty of the environment makes you wonder 6000 years back in history to the very beginning of these hot springs.

The City of Xian transcends you into an age old history. The city is home to one of the earliest civilizations in the world and it is also known as a textile town earning its name from textile factories built there since the 1950s. With so much to see and experience the best way to see Xian would be to be part of the city itself. This is possible with the any Xian Apartment that has come in to being as a result of the increased visitors to the area. If you are on the lookout for Accommodation in Xian , Citadines Gaoxin Xi’an is a great place to experience this age old city’s charm.
With its chic, casual atmosphere Citandine will instantly make you feel at home as you enter an apartment of your choice. So choose an apartment that fits your budget, while you travel back in time in this beautiful city.
The calm and clear waters that surround the Maldives offer the perfect setting for some fun in the sun and surf. Maldives water sports provide plenty of thrills and spills that can be enjoyed by the entire family. One such activity is snorkelling which can be enjoyed by young and old alike and which gives you the chance to see some of the country’s stunning marine and coral life. Those wanting more adrenaline pumping action can try their hand at surfing, kite-surfing, jet skiing or wakeboarding. Not to be missed is parasailing which lets you soar above the ocean while being dragged by a high-speed boat. Those in search of a Maldives luxury hotel in which to spend their holiday can stay at Cocoa Island Maldives. This luxurious Maldives resort offers a picturesque coastal sanctuary in which to get away from it all. 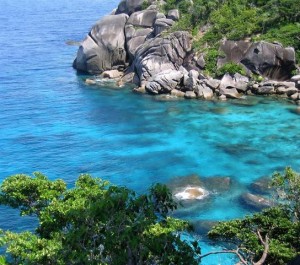 Located 84 kilometres from Patong beach, Similan islands are widely known as one of the best diving sites in the world. The best time to take up a day cruise to Similan Islands is from December to April when the water is clearer and the atmosphere is more cheerful. The most popular way of cruising in Similan islands is live boards but if you are planning for a one day trip, an average cruise would serve your purpose of island hopping, exploring diving sites and return to the mainland. Every Phuket beach resort in the island is relaxing, enticing and comforting. If you are looking for a luxury Phuket resort one of the top choices you have in store is Anantara Phuket Resort Thailand. 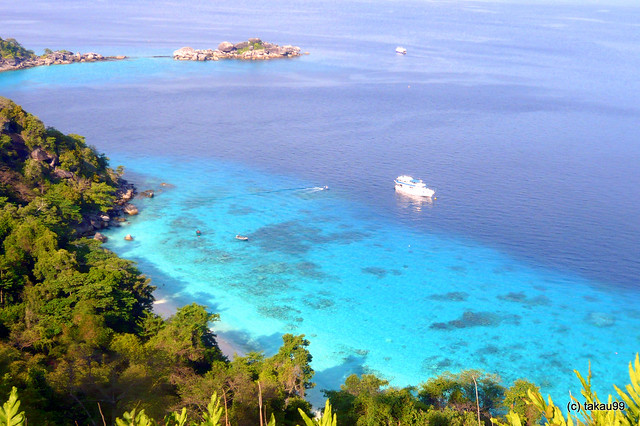