Durham is a city in the USA nestled in its North Carolina State’s Durham County. The city is renowned for its private research campus known as the Duke University. Founded in 1838 Duke Universities undergraduate programs are ranked among the best in the country. The campus not only excels in its academic programs but has proved its potential in sports and research fields as well.

Snuggled in the heart of Duke University is a soaring chapel with a striking facade influenced with English Neo-Gothic style. This is the Duke Chapel otherwise known as Duke University Chapel one of the best attractions in Durham, North Carolina. The chapel was completed in 1932 and offers a seating capacity of 1800.

This impressive chapel was built using Hillsborough bluestones, a type of volcanic stones found in Hillsborough. This stone produces a natural iridescent that varies through 17 hues from bluish grey to rust orange. Most of the chapel’s trimmings including the lectern and pulpit are made from limestone extracted from Indiana.

The choir vaults were made of stones while the interior walls and nave vault were made of a ceramic tile called Guastavino tiles. Another special tile, Akoustalith tile was used in the interior to absorb noises and enhance reverberation effect.

When you come to the chapel’s entrance you will be greeted by an ornate portal featuring exquisite relief carvings. These portray some of the significant characters who have made major contributions to Protestantism, Methodism and the Southern United States. Among these figures are some of the prominent Bishops and poets as well as luminaries like John Wycliffe and Martin Luther King.

The Duke Chapel is considered to be one of the tallest buildings in the Durham County for its bell tower reaches a height of over 200 feet. There is a 50-bell carillon placed within this bell tower, which is an instrument with a set of bells that are chimed using a special keyboard. A tour in the church will keep you entranced as it features some of the most vibrant stained glass mosaics adorning over 70 church windows.

Every nook and corner of the Duke Chapel’s exterior and interior is gracefully covered with the most refined artistry. The chapel boasts of three huge pipe organs depicting distinct styles. One of these organs claims to have over 6000 pipes while another has over 5000 pipes, whereas the oldest organ dates back to 1932. When you visit the Duke Chapel in Durham make sure to be present during its organ recital times. It will be a truly enchanting experience that you would not forget for the rest of your life.

Resting only 20 minutes from the Raleigh-Durham International Airport is an ideal hotel in Durham known as the Millennium Hotel Durham. Well connected with the city centre, business venues and shopping hotspots this Durham hotel sits only minutes away from the famous Duke Chapel. What’s more the Millennium Hotel Durham houses a fine Italian restaurant where you can indulge in a scrumptious array of gourmet dishes and delicacies. 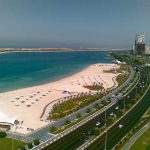