Known as the “Little England” of Sri Lanka, Nuwara Eliya in the local language means ‘city on the plain’. It is 2000m above sea level and faces Sri Lanka’s highest mountain peak; Pidurutalagala. A cool climate throughout the year led to the city becoming the retreat of British rulers during the colonial era. Today it is most frequented by tourists and locals alike during the month of April, when the flowers are in full bloom and motor vehicle and horse racing events take over the town in style.

However, Nuwara Eliya has plenty of attractions year round, waterfalls being one of them. Witness the rush of milky white water cascading down on rocky outcrops from mountain tops, falling down with majestic force and then turning into clear pools or quiet streams; watching these waterfalls makes you wonder whether any of man’s creations will ever match up to the beauty of nature.

Devon Falls and St. Clairs are the most famous waterfalls in Nuwara Eliya. While the former falls down in three cascades the latter has two cascades and is frequently visited by bathers because of easy access through a footpath. This hill town also has Sri Lanka’s tallest falls, Bambarakanda Ella, where water falls from a height of 263m. Baker’s Waterfall is located close to another sightseeing area, World’s End, and is named after Sir Samuel Baker, the Britisher who found it. The Lovers Leap Ella, Ramboda, Poona Oya Ella, Devathura Ella, Gerandi Ella, Laksapana and Ambaragama are a few other waterfalls that one can visit. Queen Victoria Park, Haggala Botanical Garden, Galway’s Land Bird Sanctuary, Horton Plains and Single Tree Hill are also part of the many must-see places in Nuwara Eliya.

Since the time of the British this city has made a name for itself amongst Sri Lanka hotels, having world-class lodging and accommodation. The many Nuwara Eliya bungalows have also been transformed to hotels. Jetwing Warwick Gardens is one such bungalow, constructed during the time of the British it is designed based on architecture similar to a Scottish mansion and is located close to many of the attractions in Nuwara Eliya. 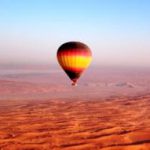